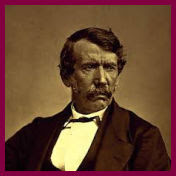 2nd March, 1866.—A northern dhow came in with slaves; when this was reported to the Sultan he ordered it to be burned, and we saw this done from the window of the Consulate; but he has very little power over Northern Arabs. He has shown a little vigour of late. He wished to raise a revenue by a charge of 10 per cent. on all articles brought into town for sale, but this is clearly contrary to treaty, which provides that no monopoly shall be permitted, and no dues save that of 5 per cent. import duty. The French Consul bullies him: indeed the French system of dealing with the natives is well expressed by that word; no wonder they cannot gain influence among them: the greatest power they exercise is by lending their flag to slaving dhows, so that it covers that nefarious traffic.

The stench arising from a mile and a half or two square miles of exposed sea beach, which is the general depository of the filth of the town, is quite horrible. At night it is so gross or crass one might cut out a slice and manure a garden with it: it might be called Stinkibar rather than Zanzibar. No one can long enjoy good health here.

On visiting the slave-market I found about 300 slaves exposed for sale, the greater part of whom came from Lake Nyassa and the Shiré River; I am so familiar with the peculiar faces and markings or tattooings, that I expect them to recognize me. Indeed one woman said that she had heard of our passing up Lake Nyassa in a boat, but she did not see me: others came from Chipéta, S.W. of the Lake. All who have grown up seem ashamed at being hawked about for sale. The teeth are examined, the cloth lifted up to examine the lower limbs, and a stick is thrown for the slave to bring, and thus exhibit his paces. Some are dragged through the crowd by the hand, and the price called out incessantly: most of the purchasers were Northern Arabs and Persians. This is the period when the Sultan's people may not carry slaves coastwise; but they simply cannot, for the wind is against them. Many of the dhows leave for Madagascar, and thence come back to complete their cargoes.

The Arabs are said to treat their slaves kindly, and this also may be said of native masters; the reason is, master and slave partake of the general indolence, but the lot of the slave does not improve with the general progress in civilization. While no great disparity of rank exists, his energies are little tasked, but when society advances, wants multiply; and to supply these the slave's lot grows harder. The distance between master and man increases as the lust of gain is developed, hence we can hope for no improvement in the slave's condition, unless the master returns to or remains in barbarism.

6th March, 1866.—Rains have begun now that the sun is overhead. We expect the Penguin daily to come from Johanna, and take us to the Rovuma. It is an unwholesome place; six of my men have fever; few retain health long, and considering the lowness of the island, and the absence of sanitary regulations in the town, it is not to be wondered at. The Sultan has little power, being only the successor to the captain of the horde of Arabs who came down and overran the island and maritime coasts of the adjacent continent. He is called only Said or Syed, never Sultan; and they can boast of choosing a new one if he does not suit them. Some coins were found in digging here which have Cufic inscriptions, and are about 900 years old. The island is low; the highest parts may not be more than 150 feet above the sea; it is of a coral formation, with sandstone conglomerate. Most of the plants are African, but clove-trees, mangoes, and cocoa-nut groves give a luxuriant South Sea Island look to the whole scenery.

We visited an old man to-day, the richest in Zanzibar, who is to give me letters to his friends at Tanganyika, and I am trying to get a depôt of goods for provisions formed there, so that when I reach it I may not be destitute.
Gepost door Krupke op 00:13