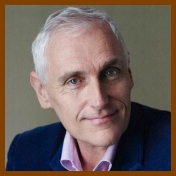 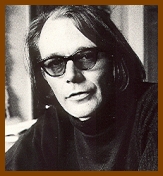 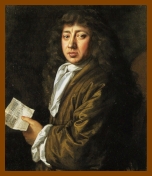 En nog een staartje uit het origineel:
Thus did the day end with joy every where; and blessed be God, I have not heard of any mischance to any body through it all, but only to Serjt. Glynne, whose horse fell upon him yesterday, and is like to kill him, which people do please themselves to see how just God is to punish the rogue at such a time as this; he being now one of the King’s Serjeants, and rode in the cavalcade with Maynard, to whom people wish the same fortune.
Gepost door Krupke op 20:43 Geen opmerkingen: 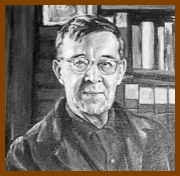 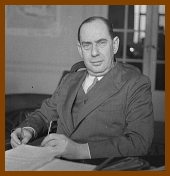 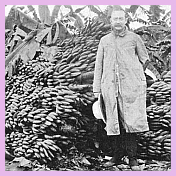 April 7, 1864.
Much hurry and bustle to get ready for the cars. We part with our kind friends, leave at 8 o'clock on the cars for Big Black. Reach that place, feel very disconsolate, pulling up the bank with our heavy baskets, et cetera. Soldiers all around us but no assistance. We have had so many escorts seems quite hard to go alone, so up to the Camp--meet Captain Kuhn, very polite, invites us to his tent and takes us to General Dennis. He gives us but little encouragement. Much to our surprise he gives us two ambulances, a wagon, and escort. Captain Kuhn goes with us as far as the Confederate pickets. We go for several miles and stop and send a flag of truce. While waiting it rained furiously--trunks all wet--soon the escort returns with Confederate soldiers who permit us to pass. We got to Mr. Cook's house five miles from Big Black--Big Black very high--dangerous crossing-- one of our horses fell--part of bridge broken--next morning fell in. At Mrs. Cook's met the first Confederate troops-- the first I saw & who helped me out of the ambulance was a young Lieut. Wren--handsome Louisianian--how strangely I felt--then they met--Federals & Confederates--shook hands-- both drank to our success--apparently good friends. Oh the horror of this war. We parted with the Feds who had been very kind indeed to us. Came in and talked a while with the Southern soldiers--find we have to remain here for several days--have sent to Gen. Armstrong for conveyances. George seems to be delighted to get to Dixie Land--is quite a pet with all. 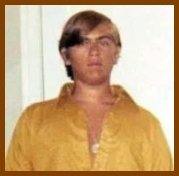 Monday, April 6, 1970
A difficult day, for I had to face myself. Dr. Wouk and I got down to the real nitty-gritty today. We discussed my homosexual feelings and fantasies.
He doesn’t think I should tell my parents anything; that would just worry them. He says gay people can be changed, but only if they want really to, and he doesn’t see anything that makes him feel I do. Neither do I.
Dr. Wouk suggested I don’t look for any gay encounters in the near future; it would upset me too much right now. We have to find out why I took my mother’s role instead of my father’s. This was the most revealing session Dr. Wouk and I have had.

After lunch at Wolfie’s, I went to the Student Center and talked with Jeanne. In Psych, Dr. Bonchek lectured on the phallic stage and Erikson’s theories.
In English, we discussed Benito Cereno, which hardly anybody had read. I was tired and depressed and so I cut Science. It was good seeing my classmates again after the vacation. I got the new College Bulletin, which is interesting reading.

The Senate killed the move to send the Carswell nomination back to the Judiciary Committee, so it looks like he’ll be confirmed on Wednesday.

Tonight I read the Melville story and watched a silly preview of tomorrow night’s Oscar awards.

David Eisenhower threw out the first baseball of the year.

Both the Knicks and the Rangers got into the playoffs.

Friday, April 5, 1968
What an awful day! I don’t want to be here at all. Someone shot Martin Luther King, Jr. last night in Memphis. Everybody at school is crazy today. Some people are laughing and making jokes about him; some people are saying they are glad he is dead. I can’t stop crying. What makes anyone think that killing someone is a good way to solve a problem? Just when I thought maybe white and black people in this country were beginning to learn to get along with each other, someone kills Martin Luther King. Now what is going to happen? I bet whoever is responsible will try to convince us all that Rev. King was shot by one crazy person acting all alone. Maybe it’s possible. I wonder if I’ll ever find out who really killed John Kennedy? I probably could believe Lee Harvey Oswald did that all by himself except that I watched him executed on live TV. I remember my dad saying exactly that as we watched Oswald bleeding: “if he dies we’ll never know the truth.” He died.

I had a really hard time concentrating at school today. I wish my mom hadn’t made me go – she knew I was upset but she thought going to school would take my mind off Rev. King’s assassination. She doesn’t realize how rotten a place school can be sometimes. If it weren’t for chorus and my music theory class I would absolutely hate it. . . . .Oh well, only two more months until we graduate. . . . I guess I can stand it that much longer.
Gepost door Krupke op 20:56 Geen opmerkingen:

April 4, 1968
7:24 pm - Tom Johnson with news that Martin Luther King shot in Memphis.
7:40 pm -8 pm - President signing mail and listening to dinner TV news reports about King's assassination.
8:20 pm - Message from George Christian that Justice Dept. advised King is dead. President decided not to go to Congressional Fund Raising Dinner.
8:25 pm - George Christian, Tom Johnson, Joe Califano [Special Assistant to the President] - to say that TV was almost ready for President's talk. Then Christian and Johnson out through mdjr's office to say tonight's trip to Hawaii cancelled.
8:56 pm - President, accompanied by Joe Califano, went to the barber shop, and while there called Mrs. Martin Luther King in Atlanta at her residence - - flowers also sent to Mrs. King for funeral,
9:05 pm - President en route from barber shop to Press Room for talk on TV about Martin Luther King, his assassination, violence, devisiveness, about working together in unity.
9:10 pm - To Oval Office - dictated telegram to Mrs. King.  Signing mail and official business papers while listening to TV news reports from Memphis, Tenn.
9:36 pm - [telephone call] Governor Buford Ellington, in Memphis, Tenn, who said he wanted to let the President know that he had called the Atty. Gen, right away and was keeping him informed of everything that was being done in Memphis; that it was a real rough situation, and he was putting in as much protective strength as possible including the Guard.  President continued to sign mail, listen to the newscasts, and talk to office staff that arrived.

April 5, 1968
11:00 am - The President approved and dispatched a telegram to Dr. and Mrs. Martin Luther King. Sr. - condolence on the death of their son.
11:10 am - To Cabinet Room for meeting with  civil rights leaders.
11: 2 am Joe Califano wrote memo to the President-- "McKissick just came to gate of WH w/ two other negroes whom he demanded be allowed to attend the meeting. McKissic k was invited to the mtg and other two could wait in the basement . McKissick said unless he could bring them to the meeting he was leaving ... and he left."
1 l:59 am -  12:10 pm - The President departed the White House - via motorcade - [...]  for Memorial Service for Dr. Martin Luther King.
12:54 pm Departed National Cathedral ibb c w/ same group.
1:00 pm - To Fish Room - for statement - televised.
1:56 pm - President to little lounge with Harry McPherson. McPherson said Mayor Washington came in & said rioting in D.C. getting out of control and troops would be needed.
5:40 pm - [telephone call] Mayor Richard Daley - Chicago.  The President just wanted to see how things were going. The Mayor said that he had called out 6,000 guardsmen as a precautionary measure, they were having window breaking and some fires. The President said that there were fires and window breaking and general "hell raising" in Washington and he had called out army troops and guardsmen. The President said he just wanted to keep in touch and wanted the Mayor to know that anything he needed to keep law and order would be at his disposal.
7:59 pm - [telephone call] Mayor Joseph Alioto of San Francisco - returning his call [...] The Mayor told the President that they had a - 10,000 people rally for Dr. King on the City Hall steps, and "took the steam out of them."
10:40 pm - Tom Johnson.  The President asked Tom for a report on how things were going with the press, and Tom replied that he thought they had handled themselves well today. They were still in the lobby, and were waiting for some sort ending. Tom began drafting a statement for him to read to the press saying that the President was keeping in close touch with the situation and talking on the telephone to his advisers.
10:58 pm - Dinner. During dinner the President turned on the television and watched televised reports of burning and looting. He said that he had information which indicated that Mayor Daley of Chicago was marked for assassination, and asked JAC to see that the FBI got this information to Daley's police people.

April 6, 1968
10:40 pm - [telephone call] The Attorney General - "What is going on in Chicago, and have you heard about Jimmy Brown the soul singer who spoke to the negro people this afternoon on television."

April 7, 1968
11:47 am - The President decided to go to 12:15p Mass at St. Dominic' s Cathlic Church in view of this being the day he declared as the official day of mourning for Dr. Martin Luther King.  He asked that Joe Califano and Jim Jones accompany him.
1:15 pm - The President departed St. Dominic' s Catholic Church (after a very touching departure from the Church. After the final hymn, each person in the church kept his seat, and stood as the President walked up the aisle with his family. . . . smiles and warm eyes and hearts seemed to reach out to the President, and a feeling of love and understanding was on each face.)

April 9, 1968
4:35 pm - The President returned to Aspen Lodge and sat in the living room where staff members were watching coverage of the funeral of Martin Luther King.
Gepost door Krupke op 22:17 Geen opmerkingen: