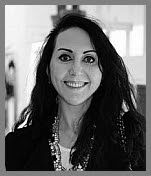 I have only ever once, in my extremely long life, been involved with two men at once. The first time was in April 2000 when, during one heady weekend, I (and thanks to my friend Michelle for bestowing upon me this immortal phrase) ‘double parked’. Even the words sound quite rude, don’t they? What happened during that weekend was that, on the Friday, I went for dinner with Kevin the Osama Bin Laden lookalike, after which we had sex (I don’t really like having sex after meals. My stomach looks distended and I’d always thought it dangerous. My husband would later tell me sagely, ‘No, Chubby Chubs, you’re confusing sex with swimming.’).

Then, on the Saturday night, I drove to Stoke Newington, in North London, to Rasa, my favourite restaurant in the whole wide world, and had my first date with Nirpal. He was very sweet: attentive (ie, he wasn’t texting other women on his phone), and I seem to remember we split the bill. Anyway, because I was on a bit of a roll, I drove him to my house in Hackney and we had sex. On the first date!

Now I’m double parking again. Not in one weekend, oh dear me no, but in one week, which is pretty miraculous given my romantic track record. After the Norfolk mini break, I saw the Rock Star again, just once. He’d been fishing for an invitation to my farm, given that he has heard (and read) so much about it, but I don’t feel ready for that. I had learnt my lesson from Husband Number One and wanted to keep a tiny smidgen of myself private (please, no hollow laughter).

Also, I didn’t want to introduce the collies, and Mini Kevin, and the Ferals (Smudgealike has a broken leg – God only knows how it happened; playing football? Skiing? – and has to be kept in a cage for six weeks, in plaster; the other cats have all signed it), and Lizzie, and Mummy Sheep, etc etc, to someone new if he’s not going to stick around. I don’t want to confuse them.

So. We met in the bar at Claridge’s. The lovely doorman is getting to know me, and gives me a friendly wink as he gets in my car to valet park it (I know I’m flat broke, but I do love to be valet parked). This was on a Monday, a night of the week I particularly chose because it is the least glamorous night of the week, and most definitely not a date night. The RS didn’t care, though. He kissed the side of my head (I ducked at the last minute in case of paparazzi), and I noticed he was head to toe in beachwear. I quite like that he isn’t intimidated by posh hotel lobbies. We went up to his suite.

‘Ah,’ I said. ‘I’ve been here before.’ It is the loveliest of suites, with a huge terrace. I’d once had tea with the owner of luxury goods label Tod’s here. I told him I wasn’t going to stay the night (not the Tod’s man; I’m not that fond of handbags), mainly because of SAL’s broken leg. ‘You’re kidding me,’ he said. ‘No, I’m not.’ He laughed. This is what I like about him: he takes knock-backs rather well. We had a snogging session on one of the black and white sofas, which I don’t think is actually allowed. And then I got in my sports car and drove the four hours home.

And then, on the Tuesday!

I meet the Man/Boy hybrid. Let me tell you how I prepared for this little assignation. I had a Brazilian, a hair dye, a pedicure, which I haven’t had for three years, an airbrush tan and, um, eyelash extensions. I wore pink patent Prada shoes, and a Dries Van Noten camel ruched jacket over a simple Dries black slip; an outfit I’d road-tested on my husband on a mini break in Morocco many years before but which had had no effect whatsoever (‘Why are you wearing a jacket when it’s boiling?’). I’d booked a lovely room at One Aldwych. I’d chosen this hotel (it’s almost as if I’ve gone mad; please don’t snigger at the word almost) because its lobby is very dark. I look bloody amazing! He turns up. I fancy him like crazy. I know he could be my son but I don’t care. We get in the lift. I double park.
Gepost door Krupke op 11:34