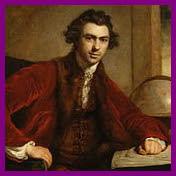 1769 March 25.
Wind continued much the same but more moderate, few or no birds were about the ship but some sea weed was seen by some of the people, only one bed.

This even one of our marines threw himself overboard and was not miss'd till it was much too late even to attempt to recover him. He was a very young man scarce 21 years of age, remarkably quiet and industrious, and to make his exit the more melancholy was drove to the rash resolution by an accident so trifling that it must appear incredible to every body who is not well accquainted with the powerfull effects that shame can work upon young minds.

This day at noon he was sentry at the Cabbin door and while he was on that duty one of the Capts servants being calld away in a hurry left a peice of seal skin in his charge, which it seems he was going to cut up to make tobacco pouches some of which he had promisd to several of the men; the poor young fellow it seems had several times askd him for one, and when refus'd had told him that since he refusd him so trifling a thing he would if he could steal one from him, this he put in practise as soon as the skin was given into his charge and was of course found out immediately as the other returnd, who was angry and took the peice he had cut off from him but declard he would not complain to the officers for so trifling a cause.

In the mean time the fact came to the ears of his fellow soldiers, who stood up for the honour of their Core 13 in number so highly that before night, for this hapned at noon, they drove the young fellow almost mad by representing his crime in the blackest coulours as a breach of trust of the worst consequence: a theft committed by a sentry upon duty they made him think an inexcusable crime, especialy when the thing stole was given into his charge: the Sargeant particularly declard that if the person acgreivd would not complain he would, for people should not suffer scandal from the ill behaviour of one. This affected the young fellow much, he went to his hammock, soon after the Sargeant went to him calld him and told him to follow him upon deck. He got up and slipping the Sargeant went forward, it was dusk and the people thought he was gone to the head and were not convincd that he was gone over till half an hour after it hapned.
Gepost door Krupke op 21:41