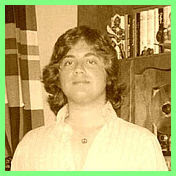 Thursday, April 29, 1971
A dark and drizzly day. Mom drove me to Kings Plaza this morning on her way to the store, and I took the bus from there to school.
Yesterday I ran into Norman on campus, and today I saw Bobby Cohen, and both of them said business in the store is very bad. The Pants Set is in real trouble. Now that they’ve bought out Uncle Marty and given his share to Lennie, I don’t know what they have planned to save the business. Dad’s very aggravated.
Voting in the student government election began in earnest today. The Alignment is going to win; those fascists have the yarmulke vote, and at Brooklyn College, what else counts? Elspeth, Evan, Shelli, Casey, Allan and I went out leafleting and pulling people into voting booths. It’s so degrading to have to ask people to vote for you.
Mrs. Schlissel was out sick today. Phil told me that Harold’s in the hospital with rheumatic fever, and that’s shot Harold’s campaign for vice president to pieces.
Alice said her mother was all right after the surgery. She voted for me, as did a lot of my friends. Perhaps, because I’m running on the Upper Slate this time, I may have a chance to win. But I’m not banking on it.
Tired, Shelli and I went for lunch in the SUBO Dining Room. Dr. Whipple was having a lunch for the students in SO-FED-UP, trying to tell them the Student Center will be fixed to accommodate the handicapped better. Aaron and Pam were there, and Fred Franklin has thrown SO-FED-UP’s support to their campaign. During lunch, we said hello to our friends at nearby tables: Dick Wright, Dr. Stone, Timmy and Esther.
To help the campaign, we put in an appearance at an Israeli Club get-together, talked with Stacy and some other people, and attended a ridiculous Election Commission hearing Carole convened to look into complaints and counter-complaints.
We left campus with Larry and Karen, who were going to the printers in Williamsburg; tomorrow Kingsman will come out with an endorsement, most likely of Harvey and Linda and the whole Alignment slate.
Shelli and I went to Kings Plaza and talked with Merryl in the store about business being lousy. Then we came home to bed. I entered her vagina, but she’s afraid to let me break her hymen. My beautiful baby is scared; I was too, for a minute, when I had to withdraw before I ejaculated.
Afterwards we had a quiet dinner at the Windsor Deli and I drove her home through a pouring rain. Shelli is so wonderful, so kind, so beautiful — but she’s also confused and irresponsible.
Gepost door Krupke op 22:45