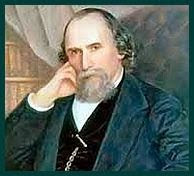 April 14, 1866.—Panic, confusion, sauve qui peut on the Bourse at Paris. In our epoch of individualism, and of "each man for himself and God for all," the movements of the public funds are all that now represent to us the beat of the common heart. The solidarity of interests which they imply counterbalances the separateness of modern affections, and the obligatory sympathy they impose upon us recalls to one a little the patriotism which bore the forced taxes of old days. We feel ourselves bound up with and compromised in all the world's affairs, and we must interest ourselves whether we will or no in the terrible machine whose wheels may crush us at any moment. Credit produces a restless society, trembling perpetually for the security of its artificial basis. Sometimes society may forget for awhile that it is dancing upon a volcano, but the least rumor of war recalls the fact to it inexorably. Card-houses are easily ruined.

All this anxiety is intolerable to those humble little investors who, having no wish to be rich, ask only to be able to go about their work in peace. But no; tyrant that it is, the world cries to us, "Peace, peace—there is no peace: whether you will or no you shall suffer and tremble with me!" To accept humanity, as one does nature, and to resign one's self to the will of an individual, as one does to destiny, is not easy. We bow to the government of God, but we turn against the despot. No man likes to share in the shipwreck of a vessel in which he has been embarked by violence, and which has been steered contrary to his wish and his opinion. And yet such is perpetually the case in life. We all of us pay for the faults of the few.

Human solidarity is a fact more evident and more certain than personal responsibility, and even than individual liberty. Our dependence has it over our independence; for we are only independent in will and desire, while we are dependent upon our health, upon nature and society; in short, upon everything in us and without us. Our liberty is confined to one single point. We may protest against all these oppressive and fatal powers; we may say, Crush me—you will never win my consent! We may, by an exercise of will, throw ourselves into opposition to necessity, and refuse it homage and obedience. In that consists our moral liberty. But except for that, we belong, body and goods, to the world. We are its playthings, as the dust is the plaything of the wind, or the dead leaf of the floods. God at least respects our dignity, but the world rolls us contemptuously along in its merciless waves, in order to make it plain that we are its thing and its chattel.

All theories of the nullity of the individual, all pantheistic and materialist conceptions, are now but so much forcing of an open door, so much slaying of the slain. As soon as we cease to glorify this imperceptible point of conscience, and to uphold the value of it, the individual becomes naturally a mere atom in the human mass, which is but an atom in the planetary mass, which is a mere nothing in the universe. The individual is then but a nothing of the third power, with a capacity for measuring its nothingness! Thought leads to resignation. Self-doubt leads to passivity, and passivity to servitude. From this a voluntary submission is the only escape, that is to say, a state of dependence religiously accepted, a vindication of ourselves as free beings, bowed before duty only. Duty thus becomes our principle of action, our source of energy, the guarantee of our partial independence of the world, the condition of our dignity, the sign of our nobility. The world can neither make me will nor make me will my duty; here I am my own and only master, and treat with it as sovereign with sovereign. It holds my body in its clutches; but my soul escapes and braves it. My thought and my love, my faith and my hope, are beyond its reach. My true being, the essence of my nature, myself, remain inviolate and inaccessible to the world's attacks. In this respect we are greater than the universe, which has mass and not will; we become once more independent even in relation to the human mass, which also can destroy nothing more than our happiness, just as the mass of the universe can destroy nothing more than our body. Submission, then, is not defeat; on the contrary, it is strength.
Gepost door Krupke op 20:27