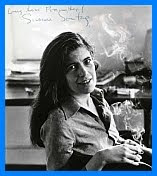 This week—since our 48-hour separation—hasn't worked. But I don't feel I have the right to be discouraged, much less to complain to I. I am in her debt; I owe her a year of patience.—That sounds ugly and X-y, but it isn't—as long as I feel strong and loving and want to give.

What hurts most is I.'s ceaseless emotional book-keeping, that she judges our past year together—she was miserable, it was a failure. And that's that.

It came to me last night (dinner, pizza, Frank's, with David + I. + Alfred) that I have lost her. Like a bulletin coming into view in Times Square. I wanted to tell her.—(More happened last weekend than I understand yet, or dare to understand.) I told her this morning. She didn't answer.

She has stopped loving me. She isn't turned toward me, her eyes are blank, she has let go.

I should have trusted my instincts last Sunday, when we returned to Alfred's from The Commons. (She was lying on A's bed, trying to call Ann Morrissett.)

Should I ask her if she wants to separate again? She does want it. But I think she wouldn't want to come back.—She wants to be released. Last Friday I released her. Then Sunday I did my number and brought us together again. But it wasn't as much up to me as I thought then.