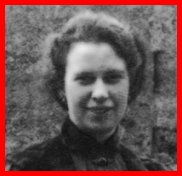 Monday, January 23
Yesterday I had a terrible scare. They're saying in Boa Vista that there's a very dangerous thief in the neighborhood who's already been in Diamantina and the soldiers couldn't catch him. He kills people in order to rob them and when the soldiers come, if he's in a house, he turns himself into a broom or a chair or some-thing; if he's outdoors he turns into an ant-hill. Everybody's terrified. Last night papa was at Uncle Joaozinho's on the other side of the ravine, and we were all asleep, when a dog barked. Mama ran to the door of our cabin and began to shriek, "Joaozinho! Captain Gasparino! Seu Joao Roberto!" We all woke up and ran to the door to see what it was. She screamed at Renato, "Run to Joaozinho's house and call the sheriff and the soldiers there!" She screamed this. Our mouths feil open; we thought she'd gone crazy. Then she whispered, "Shut your mouths and I'll explain." And she told us that the man who turns into an ant-hill was close by, because the dog had barked, and she was afraid he was after my father to try to get diamonds. She screamed those names loudly so that the thief would think those men were at Uncle Joaozinho's house and run away. Papa arrived a little later and he thought that mama's idea was very funny.
Gepost door Krupke op 22:28