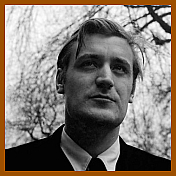 15 March 1963
[...] I shall never get over the shock and I don’t particularly want to. I’ve seen the letters Sylvia wrote to my parents, and I imagine she wrote similar ones to you, or worse. The particular conditions of our marriage, the marriage of two people so openly under the control of deep psychic abnormalities as both of us were, meant that we finally reduced each other to a state where our actions and normal states of mind were like madness. My attempt to correct that marriage is madness from start to finish. The way she reacted to my actions also has all the appearance of a kind of madness — her insistence on a divorce, the one thing in this world she did not want, the proud hostility and hatred, the malevolent acts, that she showed to me, when all she wanted to say simply was that if I didn’t go back to her she could not live. Only in the last month suddenly we became friends, closer than we’ve been for two years or so. Everything seemed to be prospering for her, and we began to have happy times together. Then suddenly her book about her first breakdown comes out, fifty other hellish details go against her, she became over-agitated, begged me to leave the country because she couldn’t bear to live in the same city, my presence was weakening her independence, and so on, then very heavy sedatives, then this. If I hadn’t been so blindly involved in the struggle with her, how easily I could have seen through all this! And I had come to the point where I’d decided we could repair our marriage now. She had agreed to stop the divorce. I had that weekend cancelled all my appointments for the next fortnight. I was going to ask her to come away on the Monday, on holiday, to the coast, some place we had not been. Think of how it must be for me too.

We were utterly blind, we were both desperate, stupid, and proud — and the pride made us oblique, she especially so. I know Sylvia was so made that she had to mete out terrible punishment to the people she most loved, but everybody is a little bit like that, and it needed only intelligence on my part to deal with it. But the difficulties caused by that, the fact that on the surface the situation was no more difficult than the normal one for separated couples — it was better than most in that she had money, fame, prospering plans and many friends — all these things delayed the workings of our reconciliation.

I don’t want ever to be forgiven. I don’t mean that I shall become a public shrine of mourning and remorse, I would sooner become the opposite. But if there is an eternity, I am damned in it. Sylvia was one of the greatest truest spirits alive, and in her last months she became a great poet, and no other woman poet except Emily Dickinson can begin to be compared with her, and certainly no living American. [...]
Gepost door Krupke op 22:47