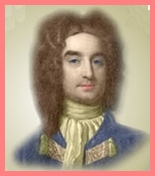 May 12
It was very hot this day, and the first day of summer...my wife and I took a walk about the plantation; when we returned we found our son very sick of a fever and he began to break out terribly. We gave him some treacle water [a medicinal compound used as an antidote for poison].

May 17
My son was a little worse, which made me send for Mr. Anderson [the parish minister]. My express met him on the road and he came about 10 o'clock. He advised some oil of juniper which did some good.

May 21
The child continued indisposed. In the evening we walked home and found Evie in great fever and to increase it [they] had given her milk.

May 22
In the evening the children were a little better.

May 24
I sent for my cousin Harrison to let Evie blood who was ill. When she came back she took about four ounces. We put on blisters and gave her a glister [an enema] which worked very well. Her blood was extremely thick, which is common in distemper of this constitution. About 12 o'clock she began to sweat of herself, which we prompted by tincture of saffron and sage and snakeroot. This made her sweat extremely, in which she continued little or more all night.

May 25
Evie was much better, thank God Almighty, and lost her fever. The boy was likewise but was restless.
Gepost door Krupke op 21:02