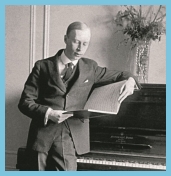 11 mei
[...] I was just nearing home when I saw to my horror that it was already a quarter to eight, and the simultaneous match against Capablanca was due to start at eight. Rushing like a madman I threw off my concert clothes, put on a jacket and, not waiting to have any-thing to eat, dashed in a fortuitously appearing taxi to the Club. Saburov must have already given an account of the Graduation Concert because all sorts of people came up wanting to congratulate me. Lasker asked me to what the congratulations referred, and I told him in German, 'Three days ago you won the first prize here, and today I was also awarded the first prize', and explained the matter. Lasker's comment was that he was a poor iudge of music, but I was such a nice young man that he could sincerely rejoice in my success. Dranishnikov, Borislavsky and Budarina all came to watch, so I had quite a crowd behind me, all of whom were anxiously following my fortunes. Capablanca moved from board to board with incredible speed. He started many of the games with the King's Gambit, and I was afraid that he might not do the same with me, but I was lucky. It was a good, solid game; I hunched over the board, trying as much as I could to take no notice of those surrounding me, and the game developed quite well. Soon Capablanca began to press me, but then the game stabilized and continued on an even keel.
Dranishnikov and Borislavsky followed every move in an agony of suspense, and from time to time made suggestions, not necessarily very good ones, however. After two hours of play the game was absolutely even and looked as though it could be heading for a draw. But sadly, by this time only five or six games were still in play, and Capablanca moved at such lightning speed there was no time to think between moves. Somehow he succeeded in breaking through my line of pawns, and won the game. When the results were announced, Capablanca had won twenty-seven games, lost one and drawn two, one of the draws being against old Saburov, a courteous gesture. Bashkirov's game was the last to finish: he had arrived late and although he had the assistance of Rubinstein and Marshall, still lost.
I was a little disappointed by losing, as it was the first time I had ever lost a game in a simultaneous match, and put my name down for Thursday's session in the hope of getting my revenge. As I was leaving I said goodbye to Lasker, who was going home the next day. He was very kind and invited me to his house whenever I was in Berlin, an invitation that made me very proud. The article I had written, drawing analogies between the chess masters and Mozart and Bach, had not yet appeared, but several people seemed to know about it and smiled at me.
Gepost door Krupke op 23:02