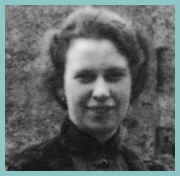 Thursday, February 23rd
Leontino came to invite us to attend the inauguration of the telegraph they are putting in his house, and he said that Aunt Aurelia was waiting for mama and all the family with acarajés [bonencakejes met knoflook en rode peper], biscuits, and chocolates. We all went, Dindinha, too. Half of the people sat in the parlor and the other half in the dining-room at the end of the hallway, which is very long. Those in the parlor sent a telegram to those in the dining-room, and the answer was written in dashes that the pen made on a strip of paper that Sérgio read out loud, and it was perfectly right. Dindinha, mama and my aunts were open-mouthed to see how the messages were correct, the way the telegraph does it. We ate a lot of acarajés. Then there was a nice table with coffee, biscuits and chocolates, and the aunts left talking about how intelligent those children are. Aunt Aurelia does so many nice things, because she knows that everyone admires her children and is jealous of them. Mama herself would give her life to have us like Aunt Aurelia's children, who just live to study. But she's already convinced herself that every-thing Aunt Aurelia's children do better than we do is because their father is a shopkeeper and can keep his eye on them. Since our father lives off at the mine, and mama's always wanting to go there after him, we'11 just have to be the way we are.
Gepost door Krupke op 22:57