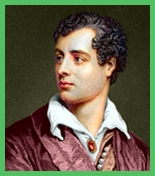 December 17th, 18th, 1813
[...] Went to my box at Covent Garden to-night; and my delicacy felt a little shocked at seeing S——'s mistress (who, to my certain knowledge, was actually educated, from her birth, for her profession) sitting with her mother, "a three-piled b——d, b——d Major to the army," in a private box opposite. I felt rather indignant; but, casting my eyes round the house, in the next box to me, and the next, and the next, were the most distinguished old and young Babylonians of quality;—so I burst out a laughing. It was really odd; Lady —— divorced—Lady —— and her daughter, Lady ——, both divorceable—Mrs. ——, in the next the like, and still nearer ———! What an assemblage to me, who know all their histories. It was as if the house had been divided between your public and your understood courtesans;—but the intriguantes much outnumbered the regular mercenaries. On the other side were only Pauline and her mother, and, next box to her, three of inferior note. Now, where lay the difference between her and mamma, and Lady —— and daughter? except that the two last may enter Carleton and any other house, and the two first are limited to the opera and b—— house. How I do delight in observing life as it really is!—and myself, after all, the worst of any. But no matter—I must avoid egotism, which, just now, would be no vanity.

I have lately written a wild, rambling, unfinished rhapsody, called "The Devil's Drive" the notion of which I took from Person's "Devil's Walk." Redde some Italian, and wrote two Sonnets on ——. I never wrote but one sonnet before, and that was not in earnest, and many years ago, as an exercise—and I will never write another. They are the most puling, petrifying, stupidly platonic compositions. I detest the Petrarch so much, that I would not be the man even to have obtained his Laura, which the metaphysical, whining dotard never could.
Gepost door Krupke op 21:37